The Florida sunshine has called to many over the years, including Nathan Boynton, the founder of Boynton Beach. A major during the US Civil War, Boynton relocated to Florida in search of a warmer climate when his health began to fail him. He built the region’s first hotel and lived there during the winters. Today, more than a 100 years later, and nearly 100 years after the hotel closed, nearly 70,000 people have discovered the joys of living in Boynton Beach, Florida.

There are plenty of things to do in this beautiful beach town for people who love nature and the great outdoors. If you want to spend a day enjoying nature and catching a few glimpses of wildlife, a visit to the Green Cay Wetlands, located inland, is in order. The Wetlands are open from dawn until dusk, daily, and a 9,000 square foot nature center on the land is open Tuesdays through Fridays in the afternoon, and all day Saturday.

For people who want to spend the day lying on the sand or splashing in the ocean, a number of parks in the city offer access to the waterfront and beach. Boynton Beach Oceanfront Park has a lifeguard on duty daily until 5pm, though the beach remains open until 9pm. Along with swimming, activities at the park include volleyball and picnicking.

How to Get Around

The closest airport for people renting in Boynton Beach, Florida is Palm Beach International Airport. Thirteen airlines fly in and out of the airport and more than 5 million passengers fly in and out of it each year. Once you’ve landed at Palm Beach International, you can take a taxi, train, or bus to get to your final destination. Palm Tran public transit has several bus stops throughout the airport. The transit system also operates two bus routes through Boynton, routes 71 and 73. 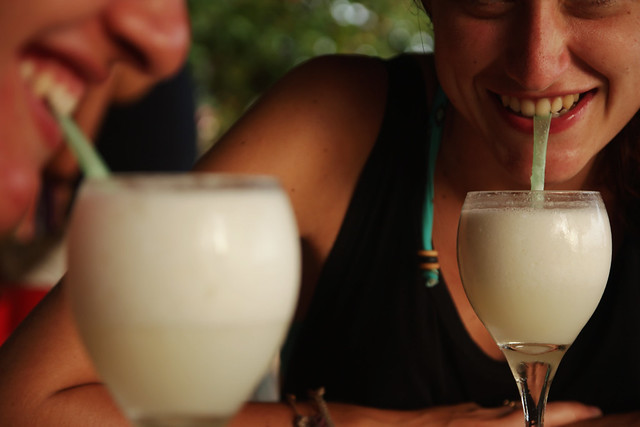 An eclectic mix of restaurants and nightlife options are located throughout the city. Chris’ Taverna, a Greek restaurant, has been ranked among the top restaurants in the city by users of TripAdvisor. Other popular picks include Sweetwater Bar and Grill, which specializes in creative cocktails, and The Brass Tap, which focuses on craft beer. It has 100 beers on tap and more than 300 bottle options.

The city is more than just a beach town. It also has a thriving Arts District, which consists of a number of gallery and studio spaces up and down Industrial Avenue. A highlight of the Arts District is a monthly walk through the area, which gives artists a chance to interact with members of the community. The city is also dedicated to promoting art in public places and has sponsored a number of projects throughout town, such as installations at the Boynton Town Center  and murals at Harvey E. Oyer park.

With an average temperature of 75 degrees year round, the city is an appealing place to live for people seeking a bit of sunshine almost all year. With a community focus, plenty of art, and delightful beaches, renting in Boynton Beach is a smart choice for people of all ages.